Everyone is talking about battle royale games at the moment and there are two that have taken mobile devices by storm: PlayerUnknown’s Battleground and Call of Duty: Mobile. Both offer their brand of battle royale to gamers on the go. When you start the game, you’ll load to the lobby where you can change a full range of settings, select your game type, organise your friends, claim rewards and manage your inventory. 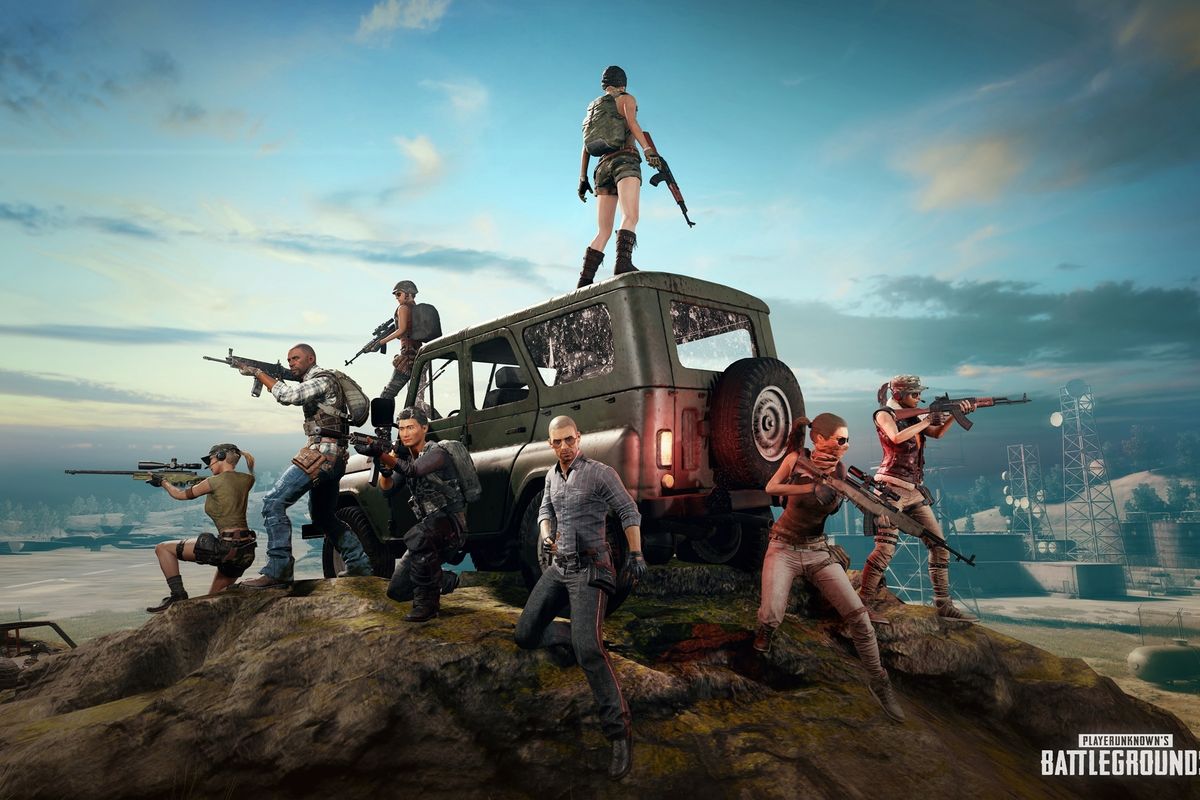 Co-op play is a massive part of PUBG and here’s a couple of extra tips to help teams win. This applies both for Classic and Arcade modes.
Remember your team mates are probably idiots: Let’s face facts, a lot of team games are random pairings and you’ll likely end up with idiots. Often a team leader will dive into the biggest towns (because there are more buildings, therefore more weapons) and end up dead in the first 3 minutes. Or, they’ll drive you into a town with the same result – premature death. Consider where you’re heading and if you don’t like where the team is heading (to its doom) then do your own thing.

Turn off team voice chat: Don’t want to listen to your team mates coughing and sniffing? Want to limit their abuse when you do something they don’t agree with? There’s a speaker symbol next to the mini map – this will silence your team and save you the bother. Conversely, if you’re playing with friends, this is where you can turn voice chat back on.

Coordinate your landing zone: When you ‘chute into onto the island you can coordinate your LZ by opening the map and tapping to drop a marker. Use the parachuting tips above to get everyone in the same place. Otherwise you’ll spend half the game trying to rendezvous (but remember the “idiots” caveat above). Continue to drop markers to help people head in the same direction during the game.

Use follow me to co-ordinate your landing: An update added a “follow” feature which solves the problem above, letting a squad member act as jump leader and guide everyone else down. This gets you all into the same LZ easily. However, if the person you are following doesn’t know what they’re doing, you can “unfollow” once you’ve descending and choose your own landing point. You can also use follow on the ground.

Locate your team members: If you’re not together, you’ll find your squad locations marked on the map and in your UI, making it easy to find your way back to them.

Stick together but spread out: Bunching up makes you easy to kill, spreading out means any enemy has to make a decision. It also means you can use interlocking fields of fire to engage any enemy. Don’t, for example, bunch around a dropped crate as you’ll be taken out with a burst from a machine gun. Fighting as a team is the best way to win.

Isolate the threat before you revive: You can revive your team members when they’re injured – it’s perhaps the biggest part of being a squad – but don’t rush over as soon as they drop as you’ll probably get shot. Watch your partner’s health meter in the top left corner, while you eliminate the threat. If you die trying to revive your team, you all lose. If you’ve been shot, crawl into cover so your teammate isn’t exposed.

Don’t expose your teammate by crawling straight to them: You can see your teammates, but the enemy might not be able to. If you immediately crawl to them when you’re shot to be revived, the enemy will know where your allies are. Better to head for cover – and let your teammate revive you if it’s safe to do so. Don’t worry, your teammate knows when you’ve been shot.

Use enemy ahead to share target designation: In the text chat there’s an “enemy ahead” option. Use this while looking at an enemy and that information will be shared with your team. You can’t shout fire control orders, but you can pinpoint your enemy for effective team fire. Top tip: you can also do this after you’ve been wounded to help your teammates out.

Share kit you find: You can tell teammates when you find something that they might want using the text chat – just look at an item, open the text chat menu can you’ll see the option to say “I have SLR” or whatever.

Use voice chat to coordinate tactics: A lone sniper can only fire in one direction and team chat is a good way to decide how to coordinate yourselves. Send out a runner to draw fire while the other observes and you’ll probably spot the muzzle flash and be able to take out that sniper.

How to kill a teammate: If you need to get rid of someone on your team, then the best way to do it is with a grenade. You just have to make sure they don’t see you toss it into the same room – or use a Molotov instead to burn them down. It’s not really in the spirit of team play, but sometimes needs must. If you do kill someone, they then have the option to report you for bad play – and that will count against you as a player.

How to win TDM: To win the team deathmatch, the best approach is all-out offence. In the centre of the map is a SAW and getting that means you can really cut the enemy down, dominating an area with heavy fire. As soon as you die, get back out there – trying to hide or backing away from the enemy will likely see you pinned in your respawn area and unable to break out.