Looking for a new phone that won’t wipe out your bank account? Whether you want a flip phone or a smartphone, we’ve gathered the best budget-friendly handsets on the market under $400. 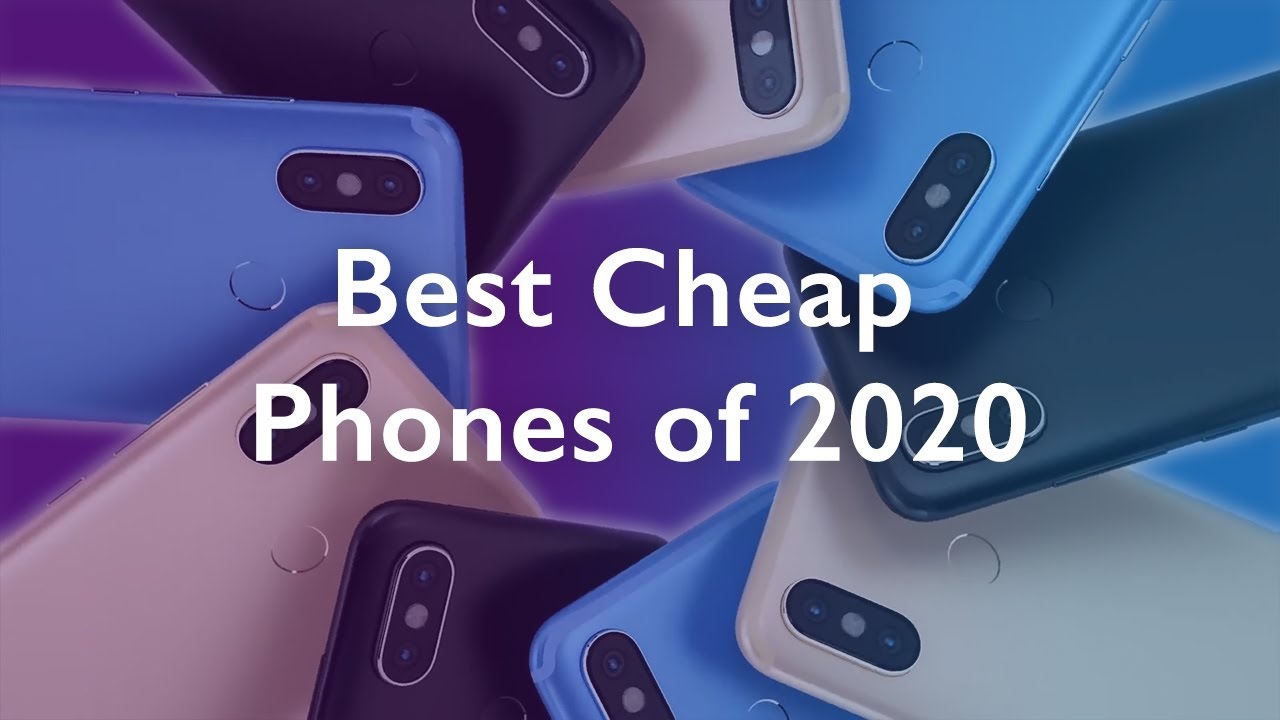 Affordable phones are better than ever. Sure, you’ll still find plenty of flimsy handsets with dated software out there, but if you do some digging, there are lots of excellent flip phones and smartphones that work far better than their low prices suggest. If you’re buying on a budget, we’re here to help. We’ve gathered the top phones you can buy for less than $400, along with the most important features to look for when shopping.

The best cheap phone you can buy right now is the Google Pixel 4a. It has one of the best cameras you’ll find on any phone, and at $349, it’s $50 cheaper than the iPhone SE 2020. The Pixel 4a also features a larger display and night mode for its camera. 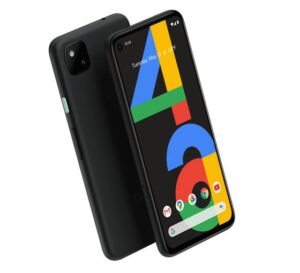 At $349, you won’t find a better value than the Google Pixel 4a. Google’s latest budget phone recaptures all the things that made the Pixel 3a such a hit, but in a device that costs $50 less.

There’s just the one 12.2-megapixel rear camera as before, but Google augments that with some software smarts such as Super Res Zoom and Live HDR+. Many of the photographic features you’ll find in the more expensive Pixel 4 are on display here, and the result is some of the best photos you’ll see from a phone at any price.

The Pixel 4a can’t match the performance of the iPhone SE, but for most smartphone users, Google’s phone has enough processing power from its Snapdragon 730G chipset to handle most tasks. Throw in an attractive design, a bright OLED screen and 128GB of storage, and you’ve got a phone in the Pixel 4a that delivers a lot for a low price. 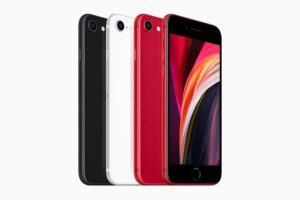 The iPhone SE 2020 is what happens when you make a cheap phone that isn’t cheap. For $399, this iPhone offers the same fast performance as the iPhone 11 and iPhone 11 Pro, thanks to is A13 Bionic processor. And that same chip gives the iPhone SE photography capabilities that most budget Android phones lack. This includes Portrait Mode for the front and rear cameras, Smart HDR and extended dynamic range when shooting videos.

With its 4.7-inch display, the iPhone SE is best for those who prefer smaller phones, but the screen is bright and colorful. You also get a Touch ID button for unlocking the device, Apple Pay and entering passwords, as well as a water resistant design. The new iPhone SE supports wireless charging as well.

The new iPhone SE is well made with its glass and aluminum chassis, but the bezels are on the big size. Plus, you don’t get the Night mode for the camera offered by the iPhone 11. But overall this is easily the best cheap phone yet. 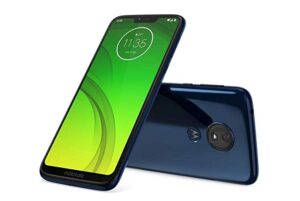 A really long-lasting phone endures for over 11 hours on our battery test. The Moto G Power blows them all away with a runtime of 16 hours and 10 minutes. It’s the best phone battery life we’ve ever seen and is really remarkable when you consider the Moto G Power costs under $250. But that’s not the only reason this Android phone made our best cheap phone list.

The Moto G Power also features a large 6.4-inch display with ful- HD resolution, pretty good performance from its Snapdragon 660 processor and a solid 64GB of storage. And while the triple rear cameras aren’t best in class, we appreciate that there’s an ultra-wide shooter on board here.

At 7 ounces, the beefy 5,000 mAh battery inside the Moto G Power certainly contributes to its weight. And the screen on this phone could be more colorful. But overall the Moto G Power more than lives up to its name. 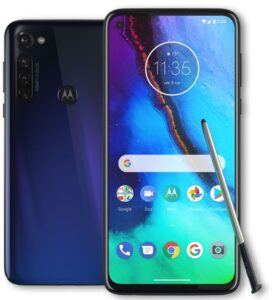 You don’t have to spend big bucks for a phone like the Galaxy Note 10 to get a stylus with your handset. The Moto G Stylus costs $299 and there’s a handy stylus tucked right into the bottom right corner of the phone. While you won’t get S Pen levels of functionality, you will be able to remove the stylus and start jotting down notes on the Motorola phone’s screen, all without having to unlock your device. The stylus also can help you take screenshots and edit photos.

In many ways, the Moto G Stylus is exactly like the Moto G Power. They’ve got the same screen size and processor, though the G Stylus comes with more storage and a bigger main camera sensor. The biggest tradeoff, though, is battery, where the Moto G Stylus makes do with a 4,000 mAh power pack. Even with the smaller battery, the G Stylus still lasted more than 12 hours on our battery test, making this a long-lasting phone for people who want a productivity-boosting stylus. 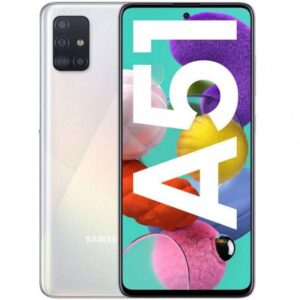 After last year’s successful Galaxy A50, Samsung’s new Galaxy A51 adds even more value for under $400, with its 6.5-inch AMOLED display, quad-lens camera that includes ultrawide, depth and macro shooters, as well as a generous 128GB of storage built in. We especially like the A51’s design; it’s made of plastic, but feels well built, and its full-screen proportions and slim bezels make a for a more attractive midrange offering than even the new iPhone SE.

Well, at least until you try to use those cameras to take shots in low light. The Galaxy A51 is a very pretty looking phone, though it suffers with camera quality and performance. Apps can sometimes take too long to open, and the device can get flustered when you’ve got a lot of things going on at once. Samsung’s latest budget offering isn’t quite as compelling all-around as the iPhone SE, Pixel 3a or Moto G Power, but it is a respectable choice nevertheless, especially if you want a large AMOLED screen for under $400. 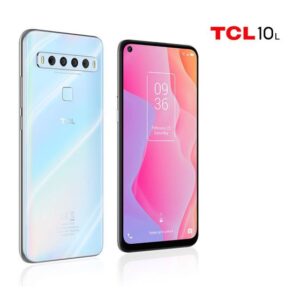 A cheap phone doesn’t have to look cheap. The TCL 10L features a design that plays down its bargain price while also sporting one of the better displays you’ll find on any phone. The TCL 10L’s 6.53-inch LCD panel showcases a wide array of colors, and TCL’s Nxtvision technology enables welcome features such as dynamic adjusting the screen’s color temperature and brightness.

Other parts of the TCL 10L don’t live up to the stellar example set by its display. Performance is about what you’d expect for a phone powered by a Snapdragon 665 chipset and battery life is average. That would be all right, but the similarly priced Moto G Power lasts more than 6 hours longer in our test. The TCL 10L’s four rear cameras also struggle with color.

Still, this is a very good looking phone, especially if you can get the TCL 10L in Mariana Blue. And at $249, you won’t have to pay big bucks to add a little style to your smartphone. 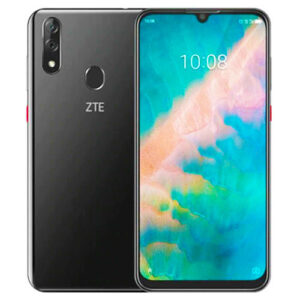 The ZTE Blade 10 Prime delivers a surprising amount of phone for under $200. You get a dual-lens rear camera, a big 6.3-inch display with slim bezels and a water drop notch, 64GB of storage and a microSD card slot that supports up to 2TB. The MediaTek’s Helio P60 processor combined with 3GB of RAM keeps things running smoothly on this Android phone.

The biggest strike against the Blade 10 Prime is the short battery life; this handset lasted just over 7 hours on our web surfing battery test. But overall this is one of the best cheap phones you can buy. If you want to run the ZTE Blade 10 Prime on Verizon’s Visible network, you’ll pay just $216 up front or $9 per month if you want to spread the payments out over time. 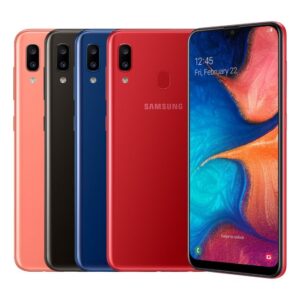 The Samsung Galaxy A20 costs just $250 and gives you pretty good features for the money. This includes a 4,000 mAh battery that lasted a very impressive 13 hours and 46 minutes our battery test, a roomy 6.4-inch AMOLED display and solid dual rear cameras with Live Focus mode. Another plus is 15-watt fast charging; the Galaxy A20 got to 30% in just 30 minutes.

The Samsung Galaxy A20 is available through multiple carriers, including Verizon, Boost and Republic Wireless. However, there are some drawbacks at this price, including a design that can scratch easily and somewhat laggy performance from the Samsung Exynos 7904 CPU.

It won’t be out until this summer, but keep an eye out for the Galaxy A21, which will feature a 6.5-inch screen and quad-lens camera system. 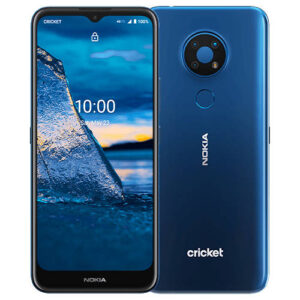 The Nokia C5 Endi has an eye-catching design with a gently curving 2.5D Gorilla Glass display that fits nicely in your hand. It is also a joy to use, thanks to the expansive 6.5-inch HD+ display. Binge your favorite content with no problem at all. C5 Endi also comes with an advanced triple camera with ultra-wide-angle views that lets you capture stunning, shareable pics in an instant. Tired of running out of battery on the daily? No worries as the C5 Endi packs in 2 full days of battery life* so constantly running for your phone charger is a thing of the past.

Price of Nokia C5 Endi started from 169.99 at cricket markets. The 2-day battery testing was conducted using a real-life usage test by HMD Global. The test included active usage of a device for 5 hours per day with a new battery. Usage included e.g. gaming, video streaming, calling, sending SMS, browsing and using apps (such as social media, news, navigation and music). The test was conducted with normal device settings in a lit indoor environment. The device was left on standby overnight.

The best cheap phones deliver a user experience that’s well above their low price tags. Based on our testing and reviews, you can get a very good smartphone for under $400 with all the features most buyers need, whether you prefer iPhone or Android